Over at Head-Fi, Jude has posted a graph comparing the distortion measurement of the new Sennheiser HD660 compared to the HD650. He also noted that:

The Sennheiser HD650 required around 211 mVrms to get 90 dBSPL at 1 kHz, and the HD660S around 107 mVrms for the same. In actual use, I’m getting greater returns from my portable digital audio players (Astell&Kern, FiiO, Sony) with the HD660S than the HD650, in terms of drive and sound quality (to my ears).

Interestingly, something I’ve not seen discussed in detail in the past, the level of sensitivity changes depending on the wear of the earpads and clamping force of the headband. Just adjusting the headband was enough to require 20 mV less power to achieve 90 dB sensitivity. What is more, he posted, in detail, the procedure he went through for measurements.

Since we’re on the topic of headphone sensitivity specs…

I know we’re always looking to find firm answers in numbers and lines, but sometimes (most of the time) it’s not as simple as it seems. Some things to consider: 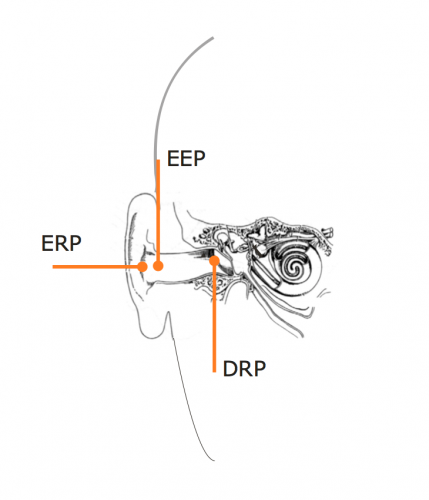 The values in my post above were taken from the output voltage indicator of the analyzer. The headphone amp used in those measurements was the Rupert Neve Designs RNHP which, prior to the measurement session, we set to unity gain (hand-set via the volume knob, but done while monitoring gain on the Audio Precision audio analyzer). To illustrate how much all of the above (and other) variables can affect sensitivity measurements, we just did the following:

I know it’s way too late at this point to say “long story short,” but the point of all of this is that sensitivity specifications are really more of a guideline, and perhaps the manufacture-provided numbers are most useful when comparing to their sensitivity specs for their other models.

Of course, headphone sensitivity specs can be useful, but do keep all of the above in mind when you see them.

https://www.youtube.com/watch?v=GcA1MnxWb78 I first had the chance to audition Focal’s Utopia at the Wikia meet in San Francisco, taking them around and trying them in […]