FiiO recently announced the latest version of their Android-based music player. The X7II is not only more attractive, clearly taking styling cues from Astell&Kern, but includes a number of improvements that improve performance and functionality. This includes a 40% faster processor, 2GB of internal memory (up from 1GB), APTx Bluetooth, dual-micro SD card slots, 64GB RAM (up from 32GB), the ESS9028 PRO, Dual Band WiFi (5G is now included) and an optical output combined with the line out. The X7II also support Qualcomm’s Quickcharge 2.0, allowing for faster charging. The X7II is designed to work with the original modules from the X7. To ensure a good aesthetic, side pieces can be attached to the modules allowing them to match the design. The DAP is now bundled with the AM3A balanced and single-ended module by default.

Pictures released by FiiO show a slimmer design, with the screen glass now flush with the case. The new model is also lighter. 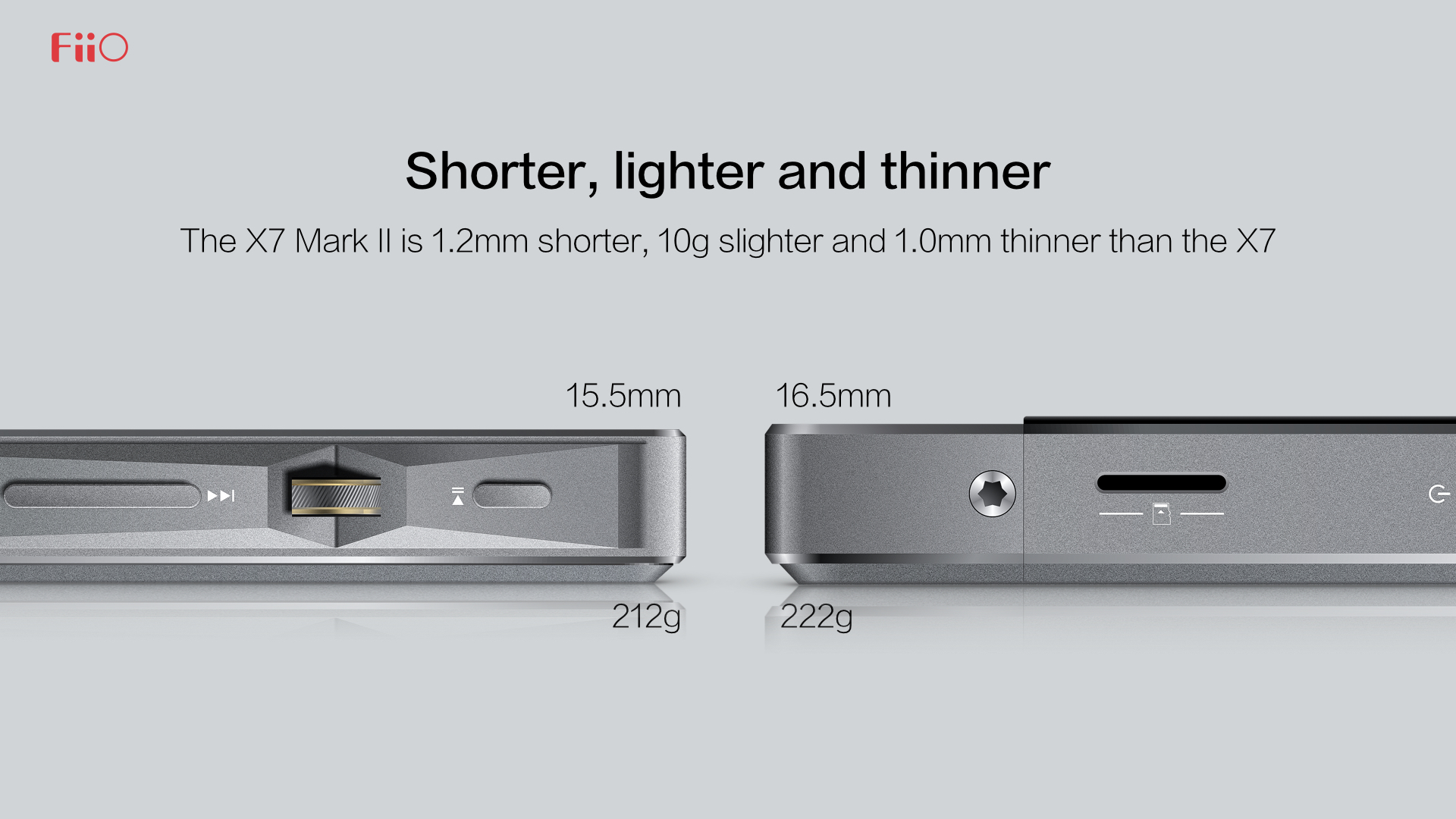 This, to me, improves on the X7 in all the main areas where it was lacking, such as WiFi speeds, Bluetooth, speed and memory. As well, the X7II is cheaper than its predecessor with an RRP of $649.99 in the US. Hot on the heals of the CTH amp, designed by Alex Cavalli, comes the CTH + SDAC which includes a DAC section […] Cavalli Audio was a big name in high-end tube and solid state amps with many fans of their $6000 Liquid Gold, as […]

Over at Head-Fi, Jude has posted a graph comparing the distortion measurement of the new Sennheiser HD660 compared to the HD650. He […] An unexpected headphone has made its appearance on Monoprice. The Monolith Liquid Platinum Headphone Amplifier is listed as a balanced version of […]